When you arrange a song, you write the music for each instrument. Sometimes, that means writing music fro instruments that weren’t part of the song originally.

Bill Frisell is an amazing guitar player and has a distinctive style you ca learn to listen for after getting to know a few of his songs. He arranges an album called The Sweetest Punch by Elvis Costello and Burt Bacharach.

“Almost as soon as they had finished writing, I received some piano scores and a demo tape with Elvis singing and Burt playing the piano. What a thrill and honor it was to hear these twelve beautiful tunes before anyone else on the planet. I was then left on my own to decide how to arrange them. This recording was done in NYC while Burt and Elvis were working in L.A. on Painted From Memory. None of us heard what the others were doing until we all finished. I can’t imagine this ever happening again-truly once-in-a-lifetime experience.”

Before you read about Bill Frisell on wikipedia, listen to a few of the songs of the album The Sweetest Punch and tell me how many musicians play in the jazz band. 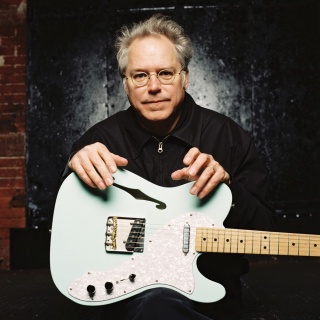